PILOT LICENSES, ARE THEY ONLY PRIVATE, COMMERCIAL, & AIRLINE? 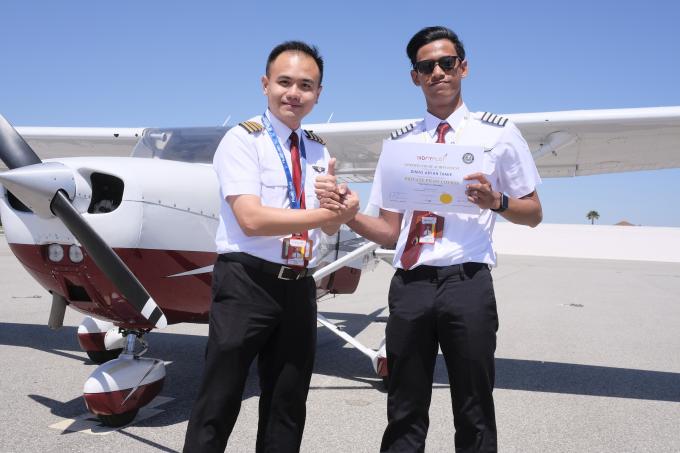 Before we dig deeper into the types of pilot licenses, we need to underline that every single thing in aviation is managed by regulations or rules. In America itself, we refer to Federal Aviation Administration; a transportation agency of the U.S. government that regulates all aspects of civil aviation in the country as well as over surrounding international waters. FAA published regulations with the name of FAR or Federal Aviation Regulations, which consisted of different parts with each talking about plenty of aviation-related topics, including privileges and limitations of all types of pilot licenses.

According to FAR Part 61.315, as the name suggests, having a Sport Pilot License means you are allowed to operate a light-sport aircraft. But what is the meaning behind “Light Sport Aircraft (LSA)”? What is categorized as a light sport by FAA?

Aircraft classes meeting the definition of Light Sport Aircraft (contained in FAR Part 1.1) that are eligible for the LSA category are:

As a Sport Pilot, you may also share the operating expenses of a flight with a passenger, provided the expenses involve only fuel, oil, airport expenses, or aircraft rental fees. In addition to privilege, there are also limitations applied to Sport Pilot, e.g; Sport Pilots are not allowed to carry more than 1 passenger, they are prohibited to fly for compensation or hire, can not fly at night, and some others. Although it may seem like a tight restriction everywhere you look, getting a Sport Pilot License is still a great option for those of you who fancy flying for hobbies & pleasure without having to experience a high level of intensity & complexity of flight training as compared to other licenses like PPL, CPL, ATPL, and so on. But still, regardless of what pilot license you have or will have, the FAA always considers safety as a number one priority. Being a sport pilot student doesn’t mean you will be trained less “qualified” than the other student with different types of pilot licenses.

Now you know, that being a pilot does not always mean working in the airline, dealing with a lot of paperwork, or a tight schedule. You can still be a pilot even just to fill in your idle time or make it a short getaway or healing with your beloved aircraft!

Digital Media Specialist Glen Christian joined 14DAYPILOT in 2022 and is an internship staff for 14DAYPILOT. Glen is responsible for 14DAYPILOT’s articles for their website as well as making posts for 14DAYPILOT’s Instagram story. Glen is looking forward to learning a new skill and aviation would be one of them.